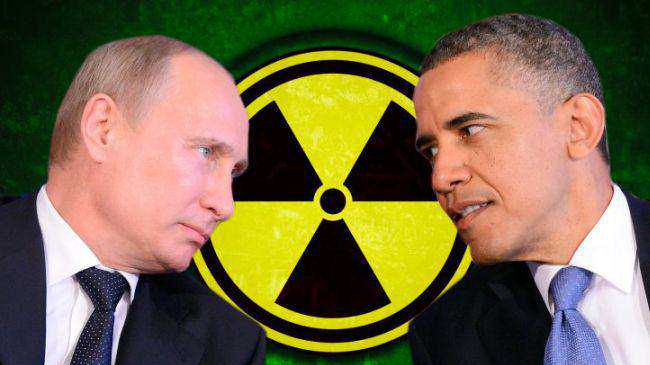 As Washington imposed sanctions against Moscow over the Ukrainian crisis, a group of Russian officials arrived in the United States to inspect the US strategic nuclear arsenal.
The surprise inspection earlier this week of the nuclear arsenal in San Francisco– which was agreed to under the 2010 New START arms control treaty, The Washington Post reports.
Under the treaty, Russia and the United States each agreed to reduce their nuclear warheads to 1,550 by 2018.
Russia strongly objects to US missile plans in Eastern Europe and has repeatedly threatened to withdraw from the treaty which, among other things, allows 18 surprise inspections by both sides each year.
The latest inspection came as the dispute over Crimea intensified and the White House worried that Russia might move to annex more of Ukraine.
Russia’s seizure of the Black Sea peninsula, home to one of its largest naval bases at Sevastopol, has triggered the worst East-West crisis since the Cold War.
The US and Russian presidents subsequently imposed sanctions on each other’s top aides, but officials on both sides emphasize they would like to keep it that way and continue with bilateral cooperation in other areas.
President Barack Obama announced additional sanctions against 20 Russian political and business leaders Thursday and issued a new executive order to authorize penalties against “key sectors of the Russian economy” if necessary.
On Saturday, Russian troops used armored vehicles and automatic gunfire to seize a Ukrainian airbase in Crimea, a day after President Vladimir Putin signed laws completing the annexation of the peninsula.
The White House says intelligence from the field indicates that Moscow might engage in military incursions into more of Ukraine in coming days,