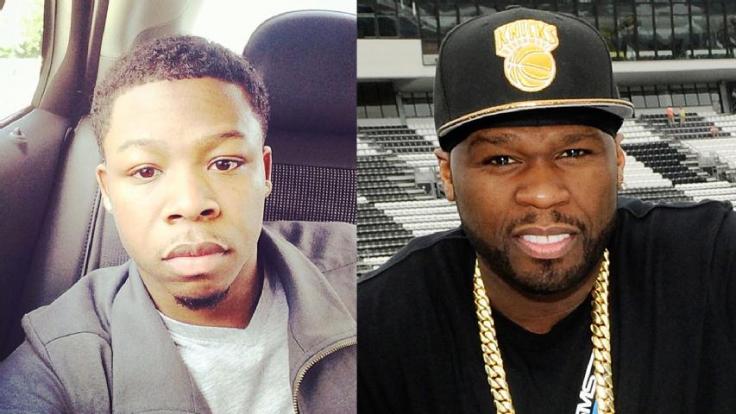 James Rosemond Jr. recently caught wind of 50 Cent’s latest release, “Hold On,” and he swiftly dropped a flag on the play.

The song, which Fif debuted at SXSW as a track off his forthcoming Animal Ambition, includes the lyrics: “On the phone I heard Yay’ smacked the s–t out a kid / Now Jimmy got life, we’ll smack him again / When it’s war, it will be war ’til the bitter end / If they ever say we lose, I’ll start it again.”

The fist line could be a reference to 2007, when G-Unit member Tony Yayo was arrested and charged with misdemeanor assault, harassment and endangering the welfare of a minor for allegedly slapping a then 14-year-old Rosemond Jr. after he spotted the teenager walking towards his father’s office.

Junior is son of James “Jimmy Henchman” Rosemond, who was just handed a life sentence and is on trial for the murder-for-hire of G-Unit affiliate Lowell “Lodi Mack” Fletcher in connection with years of operating a drug trafficking ring and using his music management company as a front. The company, Czar Entertainment, handled former G-Unit signee-turned-enemy Game.

50 hasn’t been named in any of the violence, but he has openly mocked Rosemond Sr.

“First and foremost, when is it cool for four grown men in their 30s to surround and hit a 14-year-old middle school kid?” Rosemond Jr. questioned yesterday (March 18) via a statement to AllHipHop as a recorded version of “Hold On” began circulating online.

“The incident in 2007 was a bad situation I didn’t deserve and seven years later it’s now being made fun of in a record? What real gangster condones grown men assaulting a minor or a young man who has no involvement in the beef? Plus, these guys have kids of their own and they should know better!”

What’s more, he continued, still pondering Fif’s “gangster,” “who gets credit for trying to diss a man who is currently down and in no position to defend himself at this moment? … What ‘real’ street person applauds when a person is fighting against the same corrupt and prejudice system that has incarcerated a lot of black men? I guess that’s how some ‘gangster rappers’ build their credibility.”

As of press time, 50 has yet to respond to Rosemond Jr.