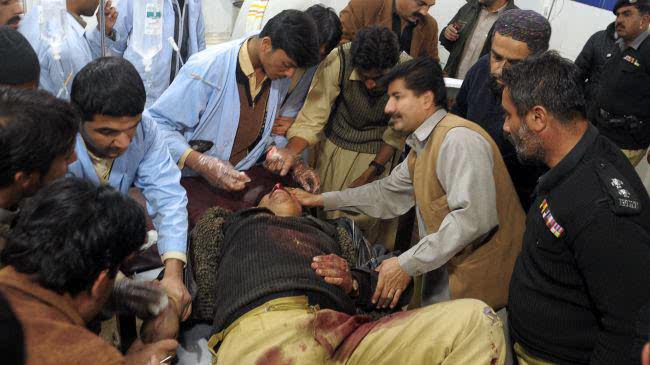 “In principle, we have agreed to release him. The timing is being discussed. It should be very soon… I think within this month,” media outlets quoted Aziz as saying.

Mullah Baradar was captured in the southern Pakistani city of Karachi in 2010.

Baradar is one of the co-founders of the Taliban movement in 1994, and was reported to be a close aide of Mullah Omar, the chief of the Taliban.

Pakistan has released dozens of high-profile Afghan Taliban prisoners over the past few months.

Afghanistan is seeking help from its neighbor to open up a direct channel of communication with Taliban militants. Afghan President Hamid Karzai has urged Pakistan for several times to facilitate peace talks with the militant group.

Pakistani Prime Minister Nawaz Sharif has also been an advocate of peace talks with Taliban militants since his election campaign, which ended in his May victory.

The Taliban have so far refused to contact the Afghan government because they consider Karzai a US puppet. The Afghan High Peace Council has been making efforts to initiate dialogue with discontented Afghans and militants who have engaged in warfare with the US-led forces and Kabul’s Western-backed government.

The relations between Kabul and Islamabad are traditionally mired in distrust. Afghanistan and Pakistan blame each other for the Taliban violence plaguing both countries.

Over a decade of the costly US-led war in Afghanistan has failed to end militancy in the country and the US which has thousands of troops on the ground in Afghanistan is now trying to sit down for talks with Taliban militants!!!!